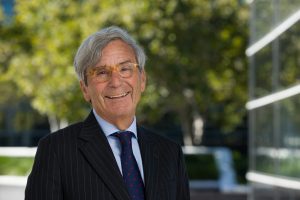 Gary Redish is a business lawyer whose practice concentrates on commercial real estate, business litigation, commercial, corporate and international law. He has represented clients in all aspects of commercial real estate, including acquisition, sale, financing and development. He represents international, national and closely held companies and has handled all aspects of legal work for many successful closely held companies, including corporate matters, commercial and chancery litigation, purchase and sale of businesses, exit strategies and other commercial matters. He currently serves as workout counsel in Northern New Jersey for troubled commercial loans for a major bank.

Gary is the Winne Banta principal who represents the firm in Consulegis, an international organization of law firms in 42 countries and 150 cities. Gary provides representation for international companies doing business in the United States not only in litigated matters and arbitrations in the United States, but also in corporate, commercial and tax treaty matters and in the formation and operation of U.S. subsidiaries.

Gary has been active over the years in many charities, serving for many years as a Vice President of the Passaic-Clifton YM-YWHA. He is a former board member of Team Walker, a charity organized by Jerry Walker, a former college and professional basketball player, which provides summer and after-school educational and athletic activities for underprivileged children in Hudson County, New Jersey and has been counsel for a low-income housing cooperative community and housing association in Paterson, NJ.

Gary has been counsel and a member of the board of directors of Inter Lotto (UK) Limited, a company that organized nationwide charity lotteries in the United Kingdom. He also represented the same client in connection with the licensing and operation of charity lotteries in Hungary, the former Soviet Union, the Dominican Republic and Guatemala.

Gary has held an AV Preeminent rating from Martindale-Hubbell for over 35 years. He was named by (201) Magazine as one of its “Best Lawyers” in the field of real estate law and a “Top Lawyer” for chancery litigation in Bergen Magazine.  He has also been selected by his peers as among The Best Lawyers in America in the area of commercial litigation.