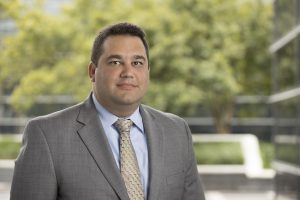 Michael Cohen is a principal in the firm’s Litigation Department practicing in the federal and state courts of New York and New Jersey, serving clients from case inception through trial, and on appeal.  Michael has represented clients in contract disputes, insurance matters, environmental litigation (including matters involving CERCLA and the New Jersey Spill Act), shareholder litigation, probate and estate litigation, and airline litigation (including matters involving the Airline Deregulation Act of 1978 and the Montreal and Warsaw Conventions governing international air travel).

Michael has been certified by the Supreme Court of New Jersey as a Civil Trial Attorney.  In 2014, Michael was named one of the New Jersey Law Journal‘s New Leaders of the Bar (formerly the “Top 40 under 40”).  He is a member of the Bergen County and New Jersey Bar Associations, and is a graduate of the Morris Pashman Inn of Court, a professional association that helps young lawyers develop practical trial skills. Prior to joining the firm, Michael served as a judicial law clerk for the Hon. Sebastian Gaeta, Jr. on the New Jersey Superior Court.