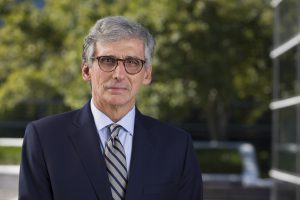 Robert Jacobs has been a principal in the Litigation Department since 1980, having originally joined the firm as an associate following his graduation in 1972 from Rutgers Law School, where he served as Editor of the Rutgers Law Review. His broad-based litigation practice has been primarily focused in the areas of estate, probate and trust litigation, public and private sector employment law, healthcare law, and litigation and proceedings before various state and federal administrative agencies, including the New Jersey Public Employment Relations Commission, the National Labor Relations Board, the New Jersey State Board of Medical Examiners, the New Jersey Board of Nursing and other administrative agencies. He is admitted to practice to the bars of the State of New Jersey, the United States District Court of the District of New Jersey and the United States Supreme Court.

Robert has represented a number of local school districts and, as such, has been involved in all aspects of education law and litigation affecting local school districts, including litigation before the New Jersey Commissioner of Education, the State Board of Education, the Superior Court of New Jersey, the New Jersey Supreme Court and the United States District Court for the District of New Jersey, as well as the United States Supreme Court.

Robert has published and spoken on a number of education law topics, including in publications of the National Organization on Legal Problems of Education (NOLPE), and in speaking engagements at annual conventions of NOLPE and of the New Jersey School Boards Association.