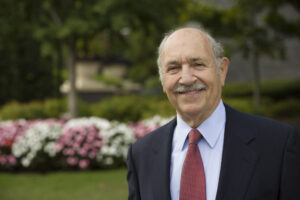 Ronald Abramson joined the firm as a shareholder in the Litigation Department in January 2010, when he and other members of his former firm, Kleeblatt, Galler & Abramson, L.L.C., were merged into Winne Banta.

Ron has extensive experience before the Bench, having litigated or argued matters at the trial and appellate levels. He was lead counsel in the Supreme Court published opinions rendered in Vasconi v. Guardian Life Ins. Co. (1991), and Shah v. Shah (2005) and in the published Appellate Division cases of Cohen v. Cohen (1992), Schuyler v. Ashcraft (1995), Shah v. Shah (2004) and Nancy G. Slutsky v. Kenneth J. Slutsky (2017), as well as numerous matters resulting in unpublished Appellate Division opinions. In addition, Ron has been a lecturer for the National Business Institute, Inc. (NBI) and the Estate and Trust Section of the Bergen County Bar Association. He has also authored publications for the NBI, entitled “Winning for Your Client,” “Child Custody and Visitation in New Jersey” and “Family Law Litigation in New Jersey.” Ron’s biography has appeared in Strathmore’s “Who’s Who” and in America’s “Registry of Outstanding Professionals.” He has received an AV Preeminent rating by Martindale-Hubbell. He was named one of the “2014 Top Rated Lawyers in Family Law” and “Top Lawyers of New Jersey 2013.”