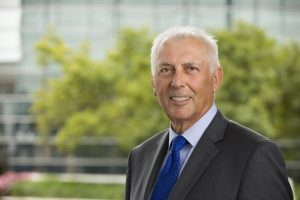 Stanley Turitz was a co-founder of Ferrara, Turitz, Harraka & Goldberg in 1990 and practiced with the firm for 23 years until it merged with Winne Banta in 2013. He currently serves as general counsel to the Township of Teaneck, and has served in that capacity since 2000. He previously has served as Teaneck’s Planning Board and Board of Adjustment attorney. He has served as counsel to the Board of Education in Ridgefield since 1985 and to the Board of Education of Little Ferry since 1990. In addition to currently serving on the New Jersey State Bar Association’s Public Sector Law Committee, Stanley has served in various capacities on several private school boards of directors. He is a member of the New Jersey School Boards Association, as well as the Bergen County Bar Association, New Jersey State Bar Association and American Bar Association.